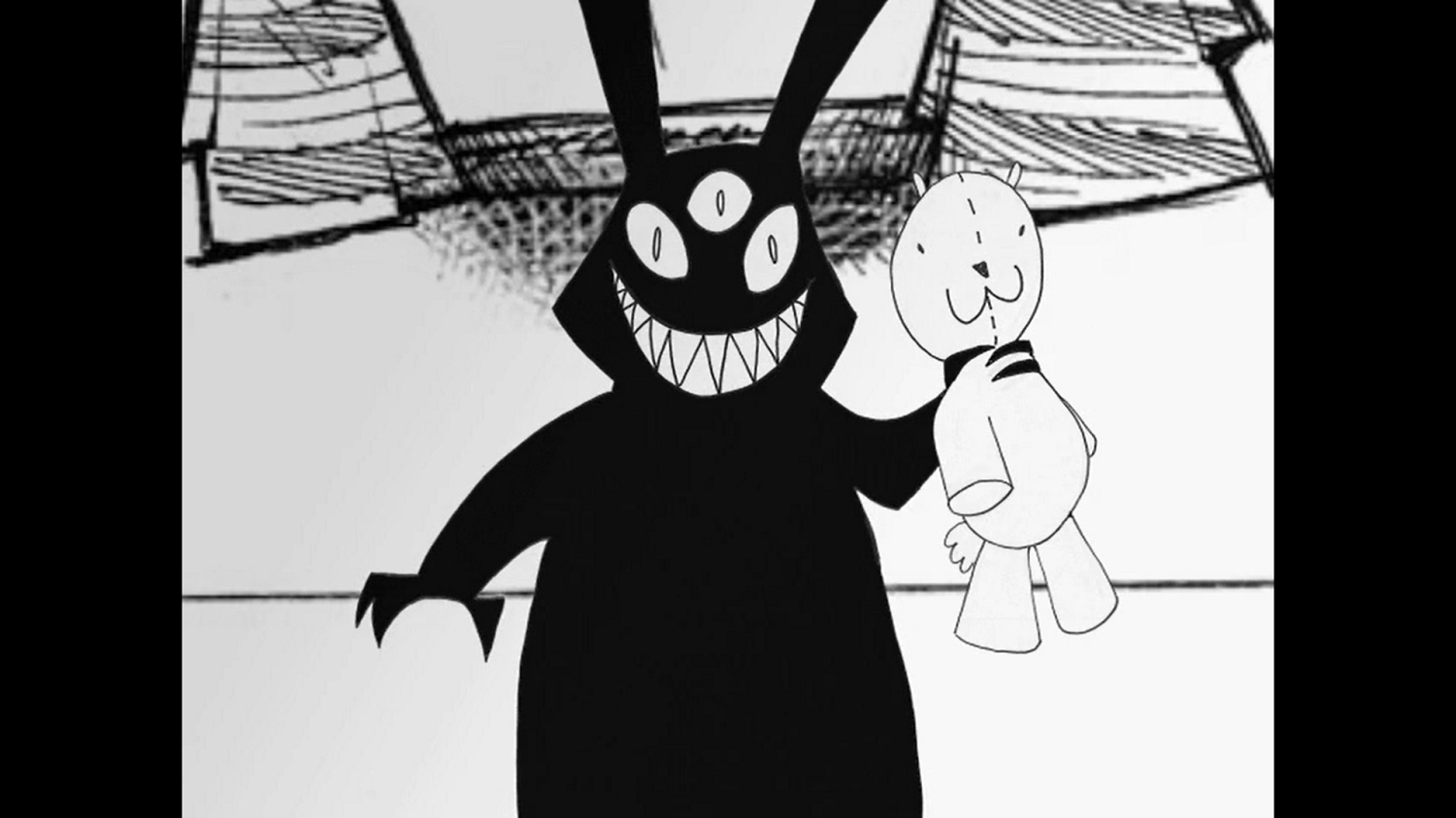 This 2D-hand drawn, animated story was completed in two quarters (20 weeks). Done completely with paper and ink, and composited in After Effects. I was inspired by German expressionism and enjoyed trying to tell a story with shadows.

A young girl has her teddy bear stolen from her by a strang shadow creature. She chases it through a nightmarish realm to retrieve it.